Evolution of the soul; fallacy or reality? 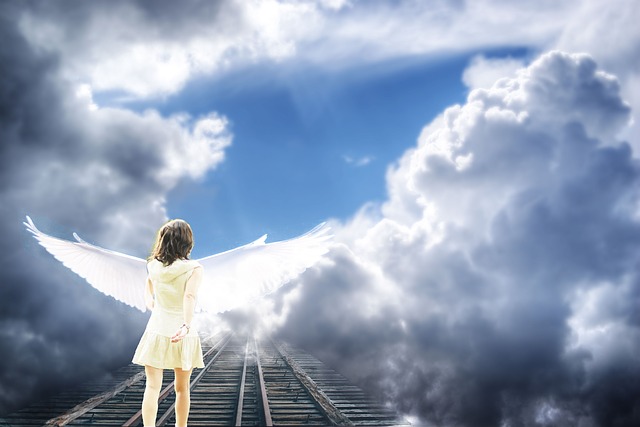 Many ancient metaphysical texts maintain that the soul or spiritual essence of a person passes through stages of evolution in the mineral, vegetable and animal kingdoms to emerge only later as a human soul. As a cognitive scientist and a metaphysician, this idea seems outdated in the light of human psychology. This article looks at arguments against the ancient view of the evolution of the soul and introduces a new theory based on recent research in the human sciences.

Very early teachings on what is sometimes called ‘the transmigration of the soul’, maintain that the human soul (as the true spiritual essence of a human being), can pass through a variety of forms, both human and animal. These texts suggest that the human soul had an embryonic stage during which it passed through earlier levels of consciousness represented by the mineral, vegetable and animal kingdoms. In other words, they maintain that the human consciousness could, at an earlier stage, have been submerged in lower forms of life.

However, philosophically, as well as in terms of the natural and human sciences, this view leads to a number of serious problems. :

For instance, apart from the ludicrous implication that a human being could earlier have been a piece of rock, a carrot or even the rabbit eating the carrot, the concept of a ‘human’ soul applies to a human form. When discussing other lower forms of life, it would be more accurate to rather speak of mineral, vegetable or animal souls than to use the concept of a human soul. However, even this is a misnomer, as one of the attributes of a soul in metaphysics is that it brings with it the dimension of consciousness (or self-awareness), which, in terms of natural science, applies more to humans than to the other natural ‘kingdoms’.

Then there is the issue of separate and distinct personalities, which takes place only at the level of complex life as represented by humans and some higher animals. As it is clear from the natural sciences that plants and insects have more of a collective mind or hive-mentality, we have problems explaining what how a separate human soul with a specific, complex personality can evolve from a collective consciousness.

However, these inconsistencies disappear if the idea of evolution is applied only to the development of the human body itself, as the problems only emerge when we link evolution to the human soul itself, which, according to metaphysics, is the higher, authentic essence of a human being.

Being more authentic (that is, closer in form to its origin), and higher up on the ‘consciousness scale’ than the body, it stands to reason that the soul should be more perfect and complete, and be a sort of a ‘template’ for the human being. As a result, I believe that the notion of the soul evolving from an earlier embryonic stage through the different natural ‘kingdoms’, is a very limited and outdated view.

A new view based on science and human psychology

A new approach based on current research in cognitive science can resolve many of these inconsistencies. .

The first clue is provided by the Jungian notion of archetypes, which exist within the human unconscious mind as collections of energies representing certain aspects of personality. For example, the archetype of the ‘inner child’ represents the original childlike innocence often repressed during adulthood, and the ‘nurturer’ archetype  encompasses the protective feelings of compassion, nurturing and the mothering instinct normally found in women. These archetypes often find expression in human behaviour.

Another area of psychological research has identified cognitive (mental) structures called schemas, pre-existing patterns derived from earlier experiences which are active during thinking and perception. Different types of schemas exist, and research has shown that object-schemas provide templates for the recognition, classification and categorisation of objects in the mind.

At this point we need to consider the view of reality as suggested by quantum physicists, in which we are all said to live in a universe of consciousness and our individual minds represent ‘quanta’ derived from this single consciousness. From this information we can see that it is quite possible that, if our own minds mirror the universal consciousness, archetypes and schemas could also exist in a universal ‘Mind’, including ‘human‘ archetypes or ‘schemas’ representing the original template for human beings. Being archetypal, these forms would represent the whole of which they are a part, and could thus be seen in terms of philosophy as ‘ideal forms’ ( ), in metaphysics as human souls, and even in religious terms as (creations in) the image of God. These ‘souls’ would all differ, as does the content of archetypes in the human mind.

This theory of human templates or souls being formed from one universal essence means that any evolution of these forms is unnecessary, as they are ideal and complete, awaiting only the birth of human physical forms which are sufficiently complex and matched so as to act as vehicles for their incarnation.

According to this approach, evolution would apply only to the human body, thus eliminating all the logical problems associated with the idea of the evolution of the soul through the earthly mineral, vegetable and animal kingdoms. This theory also supports the idea that the human soul does not evolve, but is complete and perfect when formed, and only experiences a loss of consciousness when entering the human physical and cognitive systems, as is already argued in most metaphysical teachings.